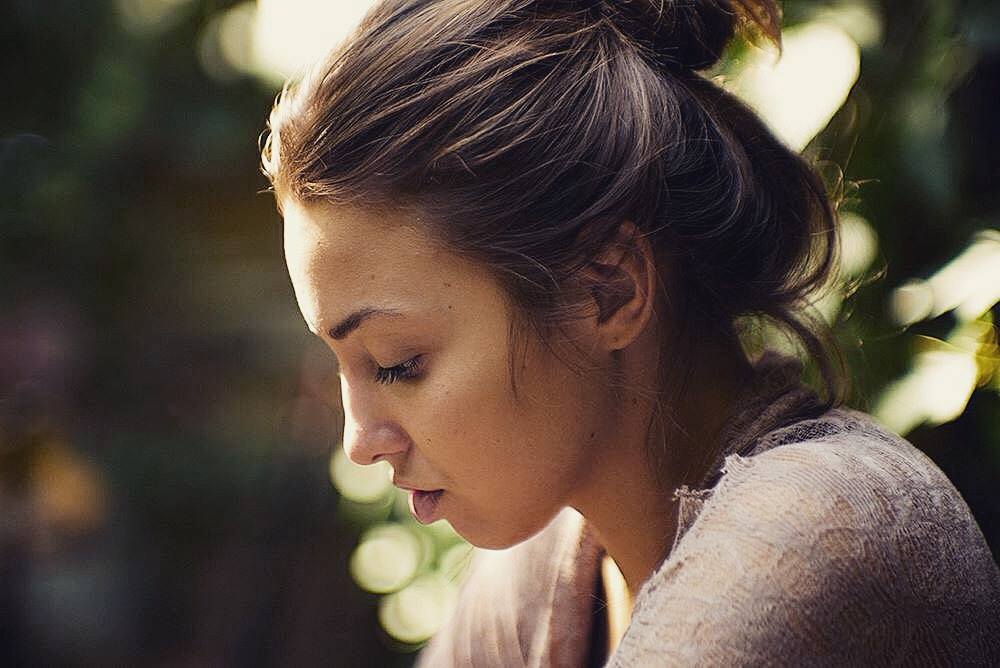 Have you ever wanted to say so much about someone and not being able to find the exact words at the same time, because nothing is enough to describe him or her, because the person in front of you is one of a kind…

Andrea is a person who is not from our Planet, she is not even from this Galaxy. And I do not exaggerate when I tell you this because there is really no other person with more sincere, positive and pure attitude towards the world. Her faith in people, good, love and life make her truly extraordinary. Andy is definitely one of these people who shake the world with their beliefs of peace, harmony and love, valuing the little things around.

No wonder you can call Andy a young woman with the innocent sensitivity of a child. Her whole path is somehow marked by her sincere naivety and desire to follow her dreams without giving much strength to the obstacles that inevitably appear in her way. It is no coincidence that if she had to choose a character from a book to identify with, that would be Peter Pan. The boy who can fly and does not want to grow up. As a child, she spent the summer vacation in Targovishte with her grandmother and grandfather, where she has her own apple tree which she climbs to knit cornel baskets. Her grandma thought her how to do it. And no, she is not Astrid Lindgren’s heroine, she is a real person whom you can meet on the streets of Sofia.

Her parents’ life has always involved music, literature and art.

‍“Both my mom and my dad were around for me – for my passion, for my art, for my love life, for my friendships, for my desires and beliefs. They were there for me but they made me independent, they gave me an example of how to love and cherish the moment through your heart.”

Her father is the one who provoked her to start painting, and her 5th-grade art teacher Katya Foteva was the first person to tell her exactly what to study when she grows up. Through school classes, girls’ football team, endless teen parties and drawing lessons, Andy goes to her entering exam for the National Academy of Arts, specializing in Scenography. Competition is brutal. There are kids from art high schools from all over Bulgaria who, as she says, are doing much better than her. But that could not bother her because she knows her end goal. Everyone warned her not to have big hopes, because the chances of getting in are pretty small. She passed the first of three rounds, being last in the ranking/rating. It disappointed her, but only for a while. She quickly got back on her path, collected all her works of art in a portfolio just for a day and printed them all in an album. After that she went to a second round, then to a third, which is like an interview. Then the jury shared with her that all her answers and interpretations are like coming from a child – pure, free, naïve, missing limits. So they asked her: why did she want to study this?…

‍“When I was asked this question, I remembered how during my preliminary courses they told me to wait in one of the classrooms. I went in and it was full of tripods, canvases, a model and students painting her… They all laughed, muttered. It smelled of paint, there was a soft light. I had the most beautiful feeling I had ever felt so far. Then I answered their question without a doubt – because that’s what makes me happy!”‍
‍
When the results came out, it rained. She searched for her name on the list but did not find it. Just because she didn’t look at the top five in the ranking. It turns out she was first. She was in. That is how Andy’s art adventure began.

I will skip the next four years and will go straight to her graduation where one of her professors made the following comment on her work (on the play “The Blue Bird”): “Whatever she does, Andrea is always having fun”.‍
‍
After that it’s a matter of luck, as she says. Andy is cherishing the people who she is meeting and who trust her as if they already know her and what she is capable of. That’s why I chose to tell you about some of the most important encounters since her career started…

Sabina Hristova (Production Designer). That’s the person who throws her in the depths of cinema. She is giving her the feeling of this magical chaos behind the stage. She helps her by giving her so much valuable contacts in the cinema community and gives her the benefit of doubt as an assistant in a pretty big film project. (Light Thereafter)

‍Nikola Toromanov – Ficho (Production Designer). He chooses her for an assistant (in the play “The Blue Bird”| Ivan Vazov National Theater) and this choice defines a big part of her growing up in the profession. He contacts her and gives her a task to make a model of the gate in the play on AutoCAD. He gives her a deadline. After hanging up, Andy confesses to herself that she has no idea how to work on AutoCAD. But she finds her way, going to a friend who quickly tutors her and she manages to complete the assignment on time. That’s what Andrea is – unstoppable. She is one of the people who is seeing a problem and is heading directly to the search for its solution! She describes her work with Ficho as a friendship in which he teaches her the most important things in the profession. He is simply giving her the foundation.

Marius Kurkinski (Director). Marius was the director of “The Blue Bird”. She is grateful for the opportunity to work with him and can’t call just one or two things she learned from him. She believes this encounter was a spiritual and purifying one, opening your eyes inward.  And I believe that it was not an accidental one. Because Andrea and her values remind me of the messages of Maeterlinck and “The Blue Bird“- the search for salvation in the purity of the childhood memory.

‍Encounter with her dream-team. That was during the shooting of the short film “Irene”. That’s where she gathers with her favorite people to work with now – Damian Dimitrov, Dimitris Geogiev, Mirela Ivanova, Tomislav Mihaylov – Chocho. I can assure you because I saw them in action – they create the perfect symbiosis, filled with genuine artistic spirit.

And this particular project is bringing to life not only her first real set but also a friendship which later turned almost into a family to her. Adventure continues in this project too. Chocho (the director of “Irene”) gives her an easy mission – to decorate an already furnished two-floor house. Three days before the shooting she goes to see the location and it turns out that the house is absolutely empty. Then there is another first encounter in her career – with the warehouses and ateliers of Nu Boyana Studios, where she comes out with 2 full and loaded trucks with props to be able to set the house properly. Because she’s a woman of detail, she often spends more time on set than usual. She goes earlier and leaves later than everyone.

Faithful Encounter With Love.  Even this happened on set – as her partner in crime says, “I remembered her as the girl with the big bouquet of yellow flowers” (it was during the filming of “Irene”). Later, during one of the first commercials that Andy works on, she meets him again and so to this day. Love like in the movies? No! Love like in real life!

During our conversation, we paid attention to inspiration, values and dreams ….

‍Inspiration.‍
‍
The biggest difficulty for her is when there is no idea, inspiration or energy to start. Typically, she gets these components from painters. There is different painter at every different stage in her life (at present, for example, Schiele) whose influence she integrates in her projects, for example through colors, shapes and feelings.

Andrea’s inspiration has almost always come from a particular object. Like, for example, when she gets her first musical video as a production designer (Orlin Pavlov – S edno krilo). Everything around this video is built from a pillow. This pillow is the foundation of the whole set and everything after having this pillow comes to its right spot. This is how the magic happens around every project in which Andy is involved.

In order to be surrounded by the necessary creative aids, she buys all kinds of albums and books about different époques, photography, trends in culture, art, architecture and more. It’s so much easier for her, because when she’s looking for a fresh start, she looks first at her personal library.

‍Dreams.‍
‍
Andrea is a free blue bird. There are no limits for her. Especially when it comes to dreaming. The ultimate dream right now is to become part of at least two feature films with her dream team, to leave a mark in history, telling stories that can make you feel, that can make you happy.