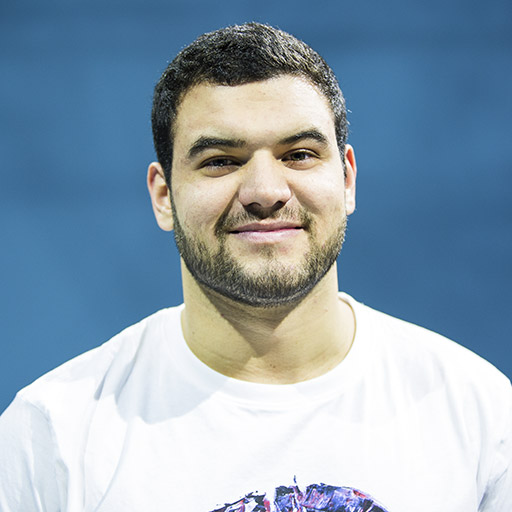 As a child his dream was to work for PIXAR. He imagined it as a hub of friends and associates who have the advantage to create worlds together. But after growing up and getting to understand what it actually is like to work for PIXAR, he started to picture it a little differently, more like some kind of factory. That’s when a new dream occurred to him – to have his own “PIXAR”, with friends and associates, all looking in the same direction, united by a common dream – to give life. Because that’s the thing he adores the most about his work. Opening a new project and starting from scratch – creating the environment, the colors, the characters and giving life to all of it…

But if you’re anything like me, you might be wondering exactly how everything started in this story. Well, with a high school project. He had to invent a fictitious bank logo. He opened Paint and did it there – first step, “easy AF”. Then came the order to make flyers for the same fictitious bank and he decided to do it in Photoshop this time, so he started exploring it. The school went to a fair and an advertising company noticed his projects for the logo and the flayers. They invited him for an internship. That’s how everything began.

Nikolay describe himself as a realist and professional. He is a person who motivates himself by the desire to study and explore. When he was a student in NATFA, he felt like every other student was better than him. He did not know their “language”, their behavior, he had not seen the films they all talked about. He just was not slave to stereotypes or standards. He does not like just one director, movie, singer, actor, music…NO. He does not restrict himself and does not set boundaries. He is always trying to push the envelope just a little further.  That’s why now he is graduating from ANIMSCHOOL, which is the premier online school for learning 3D animation, modeling and rigging.

Before I go to sleep I start the renders and first thing in the morning I check if everything is okay there.

In a moment of crisis:

Тo be honest with you, I actually feel like crying. And to be honest, I have actually cried at the beginning of my career with one of my first projects. But in the end, I looked at the fear of the unknown in the eyes and listened to Eminem – Till I collapse. That’s what always gives me strength and I overcome every difficulty.

Catalyst of the idea that has become a reality:

It was at the moment that I saw The Matrix for the first time, I was shocked and completely obsessed with the thought how all this is happening, I wanted to know, I wanted to be able to do it myself. The second moment of “insight” but this time about 3D animation was the moment when I watched Monsters Inc. I was inspired by every movement and gesture of the monster Sully. And I just knew that I want to be able to do the same or even better.

First kind of a crazy project that you shed a tear for?

There was a time when I didn’t work for anyone when I started to set my own tasks. And that’s how I made a portfolio of projects I had invented myself. I decided to send them to a post-production studio. Then they called me to assign me a task. I had to design a coconut wafer project. Then it seemed as if all the complex things I had ever done for exercise were united in one – fluid, animation, 3D, hairing, lightning, rendering etc. I did it. After a lot of difficulties and sleepless nights, but I managed to handle it in time.

The whole story about this project is one of my favorites, from the beginning till the end. I showed the client complete confidence when he asked if i am capable to handle this assignment. I actually wasn‘t that sure but I believed that there is nothing that can stop me from completing it. I started and I was blocked, staring at my computer for hours. I had to create „sculpture “of raspberries. But they looked as they were made from plastic or rubber. I bought some raspberries even though it wasn’t the season for raspberries. I sat and I observed them with hours – their shapes, their hairs.  I counted that there are around 200-300 thousand hairs on each raspberry and had to create 200 raspberries. I swear, I tried everything … Finally, I simply mimicked the texture of hair, because if I had to do it hair by hair I would have shoot myself or not meet the deadline … or both.

In the post-production process, whose work do you admire?

Grant Warwick, Mastering CGI and from the animators – Jorge Vigara – everything in the logic of movement of his characters is so cool that I can’t stop watching and learning from him.

How do you stay up to date with the latest tools and trends?

It may sound a little crazy or stupid but I actually read every manual of a software or a program as a book; maybe there is no one out there like me, I realize it’s odd, but it fascinates me. Other than that I follow the articles from Siggraph – an annual conference on computer graphics. It’s pretty impressive actually, it gives me perspective on the latest discoveries, trends or technologies and I learn a lot from these articles. Of course, I can not do what I am reading about and apply it into the next project because I do not have the necessary software or all the tools, but I’ve taken the first step – know the researches, the technology, the process, so half the job is done.

Talking about software, which are your favorites?

For color correction – DaVinci; For 3D animation (creating characters) – Maya; For fluids – RealFlow; For compositing – AfterEffects and for everything else – Cinema 4D.

Do you work well under pressure?

It’s nice to have someone who gives you deadlines, who keeps track of your work. I am a perfectionist to the gut and sometimes deadlines prevent me from reaching the perfect point for each project. That annoys me very often but as long as the client is happy, I am happy too.

What do you do before you show your project to the client?

I watch it over and over on repeat and that’s how I decide if there is some kind of mistake or it’s ready to be shown. I try to meet my highest criteria before showing it to the client.

Which would be your ideal client to work for?

Some chocolate manufacturer maybe. Lindt, for example. It would be extremely delicious, interesting journey. I could learn a lot of new tricks and to acquire knowledge.

So what’s more important for you – to be able to learn something by yourself or to learn it directly from someone else?

Both are effective. The learning process is mixed. Someone can show you something, to teach you, but there are some battles that you better fight by yourself. But then it comes more valuable than knowledge in many cases, and it is problem solving.

What are you most proud of?

That I managed to turn a one-room apartment into my own studio – Enter Studio.

So it really takes a single person to create a new exiting world..and with the clear vision, the right skills and motivation, Nikolay is the example of a Creator in the process of creating. And that’s really wonderful! The imagination is based mostly on fiction, but being able to collide it with real life forms, affecting the audience and inviting them to your own “Matrix” ... your own point of view – is the key to success in an honest art (project). We wish him that success! 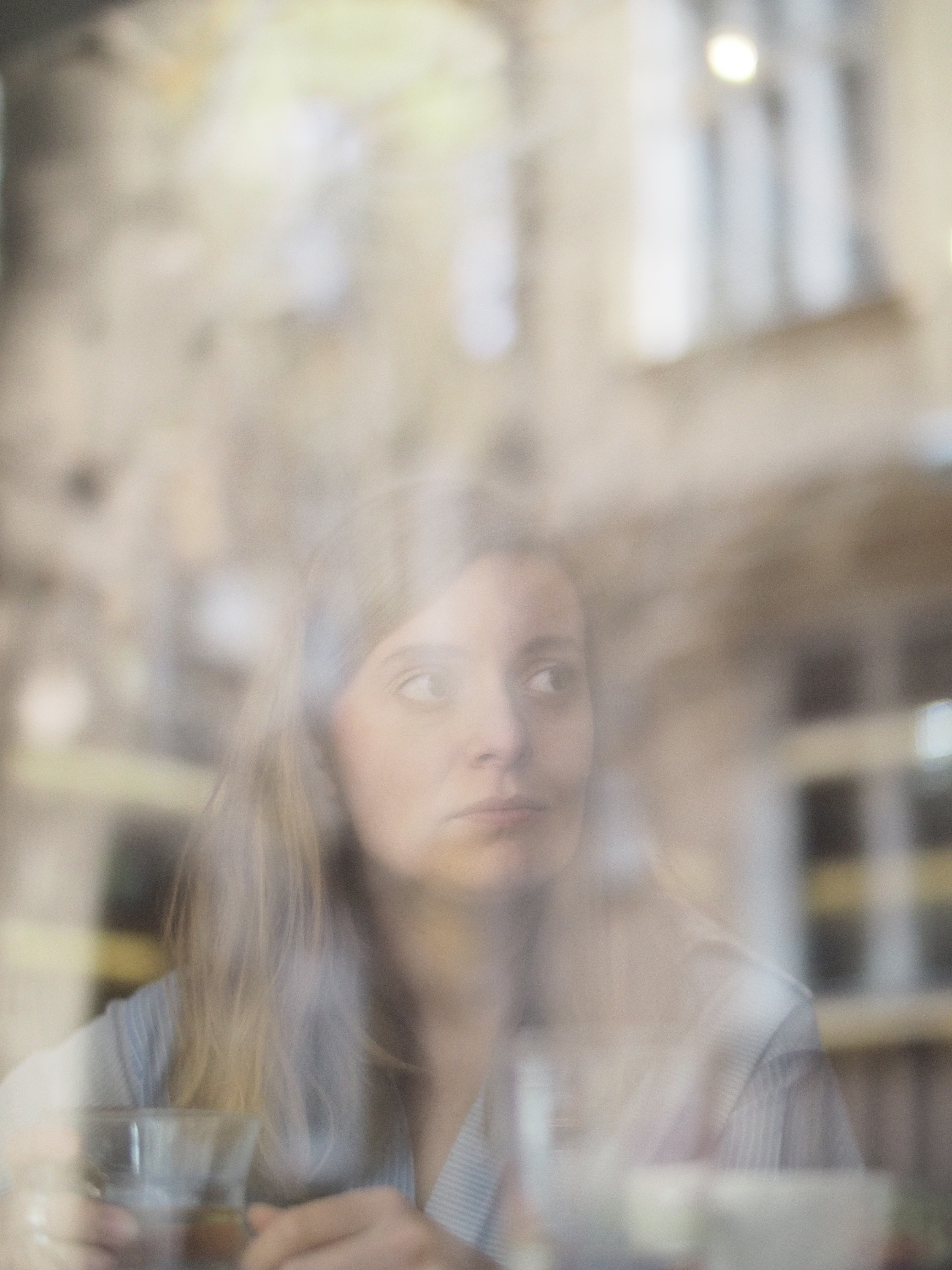