once upon an interactive album 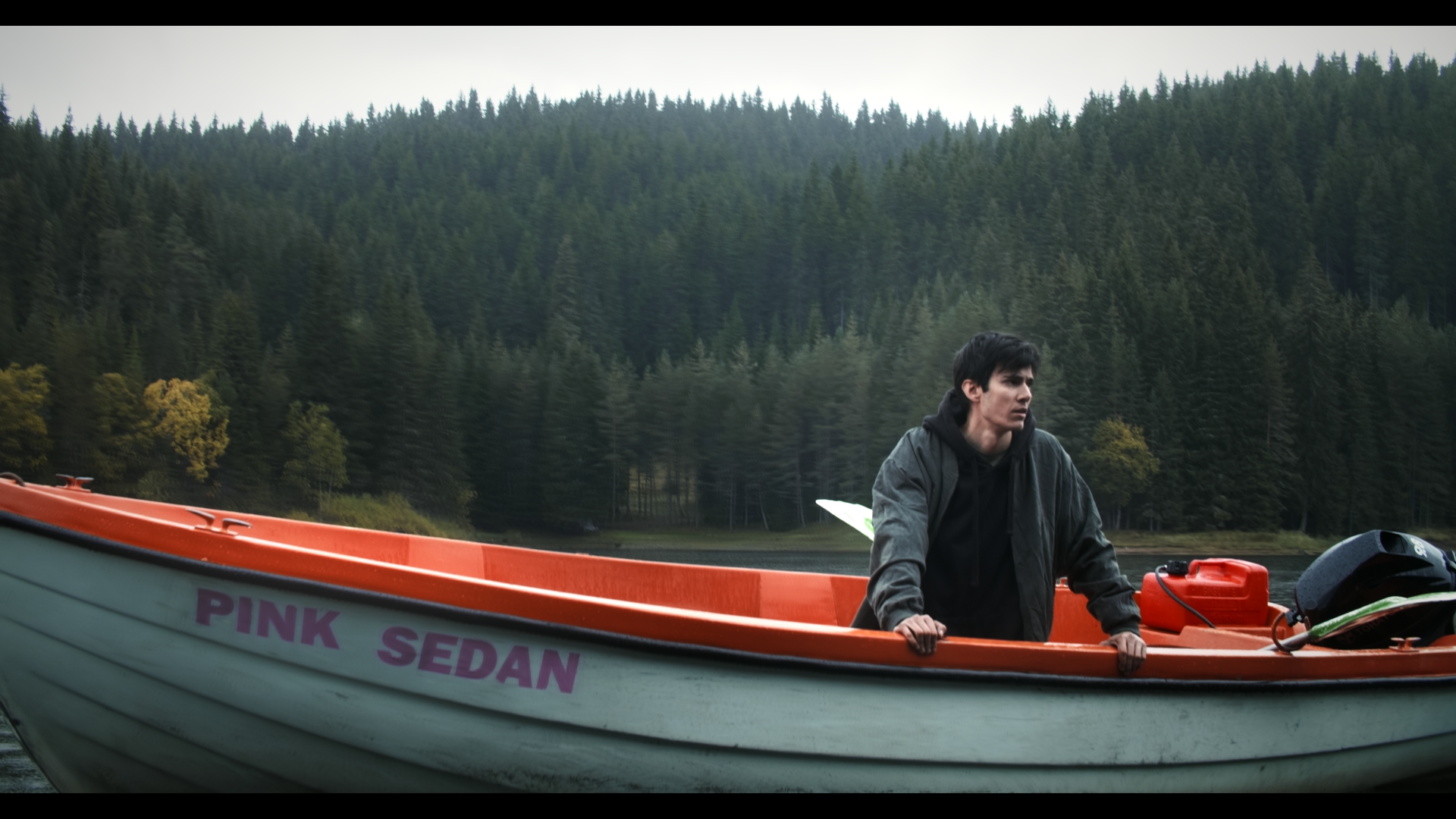 “once upon a pink sedan” has been handplayed’s passion project for more than two years now. Developing ideas for Bulgarian indie music duo hug or handshake and their first album has proven to be one of the most experimental and daring adventures our video production company has ever engaged with. Post-production is going in full speed and the premiere is almost around the corner, but the challenges with this project never end. The newest one is: how to inform our friends about what’s coming in the most engaging way? We hope we’ll do well.

So what’s our story? What began back in 2018 as a vague idea for a series of videos, an unfinished album, and a proposal for collaborative work between handplayed and hug or handshake, has turned into the first Bulgarian interactive audio-visual album that features

one coherent story through the perspectives of

seven characters, written in a joined effort by

five writers and directed by

three complete rewrites of a script that ended being

two hundred pages long but can be experienced in

thousands of different ways and

do you really need more numbers to get the complexity of the assignment?

It all started with “Molten Dreams” - hug or handshake’s first song. The music was so compelling and the band’s vibe so contagious, that everyone at handplayed couldn’t help but feel a special bond with it. Behind this magic is the indie creative duo of Anton Georgiev and Petar Trifonov - two guys who never know whether to hug you or shake your hand…

Music lies in the bare foundation of their friendship and artistic partnership. After four years of attending the same college without saying a word to each other, a song by Anton was all it took for them to realize how similar their music tastes were and how this “great minds think alike” moment they had shared could actually be the start of something remarkable.

Their dreamy indie pop sound and lyrics send you on a trippy adventure around the universe and back, while simultaneously bringing you to the most private parts of your soul, provoking self-reflection. As Petar explains: “What I love most about the lyrics is that they’re open for interpretation and it helps the listeners relate and project their personal circumstances and feelings.”

Back to 2018, as discussions between handplayed and the band about future music videos began getting more serious, the idea of an unusual format was also brought up. “I have been following the evolution of interactivity in art for more than ten years now,” says one of the directors and producer Angel Ivanov. “Back in 2012, I was convinced that there would be a boom of interactive video projects in that decade. But it’s 2021 and Europe still hasn’t experienced this interactivity wave.” Meanwhile, handplayed had been waiting for the perfect project that would allow the implementation of this exciting format. And hug or handshake’s music (including a new addictive song, Blaze of Sorry, that premiered in the meantime) inspired them to finally make the next step.

Interactivity in media, as we refer to it, means the opportunity for collaboration between the viewer and the final product, the existence of multiple choices for the user that turn passive consumption into active experience. In this sense, even the group’s name contains the premise for this type of interactivity - the logical disjunction OR alludes to the neverending chain of choices in our reality, while on the other hand, their music reminds us that these choices are not always as clear as a logical connective.

According to Pepi and Toni, “it’s a new natural phenomenon how many young people identify themselves as socially awkward.” Should I hug or should I shake hands as a greeting? is the gray area of social interactions that is the inspiration not only behind the name of the band, but also behind their first album and the interactive experience.

"In life, very often you have to make one of two possible decisions and that potentially changes you all the way forward," says Anton. However, Angel and the other directors decided not to include interactivity in every possible choice, but rather in the possibility for the viewers to select one of the simultaneously running character perspectives. “A mundane event for one character could turn the world upside down for another,” explains Angel. “It gives us the opportunity to show how a hug or handshake moment plays out mostly in your head. And we got to play with dramatic irony - you see one viewpoint, but you realize your vision is limited by it, and you need to watch more to get the full picture.”

This fluidity of time and the juxtaposition with the way we experience it, has shaped the story from beginning to end, creating a journey into reality and the illusions that ensue. It’s an unsettling paradox of simultaneously running away from and towards your past, as if something unfinished is calling you to relive it in a new way - a feeling that audience and characters share equally in this cinematic experience.

This is the story of Peter and Anton, childhood friends, whose paths split long ago. They run randomly into each other and escape their everyday lives to return to the place (and time) of their memories. They get on a trip that bends the time-space continuum and ushers them in a surreal fairytale realm where shadows of the past return haunting the present. And here comes the opportunity to choose the perspective of the story and relivе it multiple times, exploring new truths, points of view, and dimensions.

As the directors remember, the narrative took more than a year of brainstorming, rewrites, and initial help from scriptwriter Todor Bodurov - Toshiro. It also took twists and turns based on the directors’ understanding of the music and its visual interpretation. Ivan Botev, the director of the first two episodes, completely rewrote them and added a lot of plot and events in his distinct short film approach. Angel chose to keep the most from the original script that Toshiro had written, which resulted in his directorial debut - episode three. Later on Vlady Gerasimov and Victor Ivanov changed entirely the rest of the episodes, adding more impressions, atmosphere, and surrealistic approach.

But what they all agree on, is the way hug or handshake’s music inspired them to push their artistic limits. And indeed, the duo’s sound and lyrics have proven their way of connecting (with) people. Even before its premiere, this project already ties together the work of musicians, producers, directors, screen writers, and extremely devoted cast and crew, resulting in one of a kind art miniseries.

So, 870 words later, this writing exercise was just so that we could finally announce:

MAY 2021.  Yes, there's only one month left until the release of Episode One, which will also mark the release of the band's debut album on the streaming platforms. In the meantime, we’re starting an indiegogo crowdfunding campaignon April 19 to help finalize the post-production of the remaining episodes and you’re welcome to give us a hug there. We also accept handshakes, because social distancing and all.

‍
Pardon, and all that indie. Now go listen to the boys' songs and we'll make sure to keep you updated about their new ones.

The project is realized with the financial support of National Culture Fund, Bulgaria. 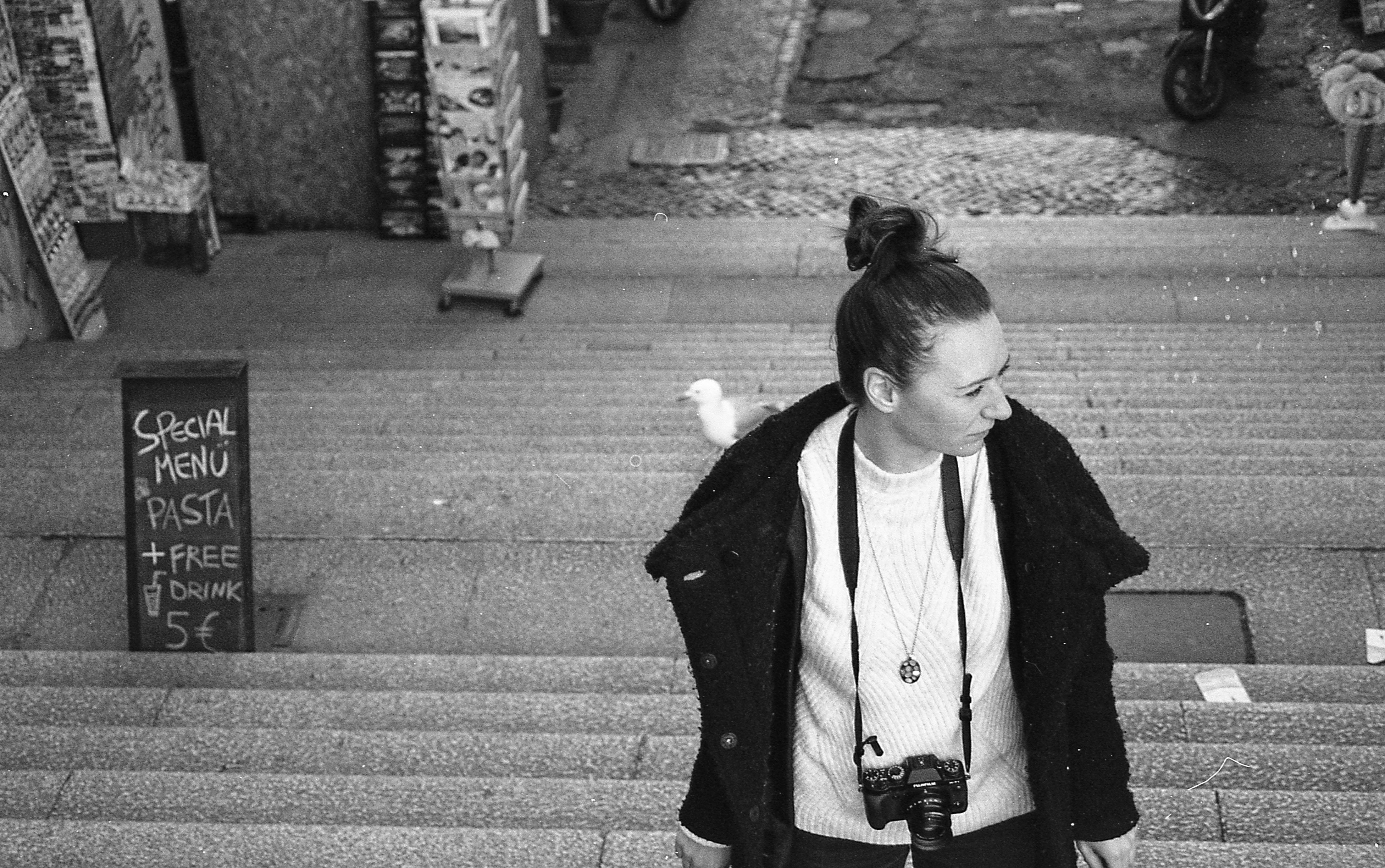