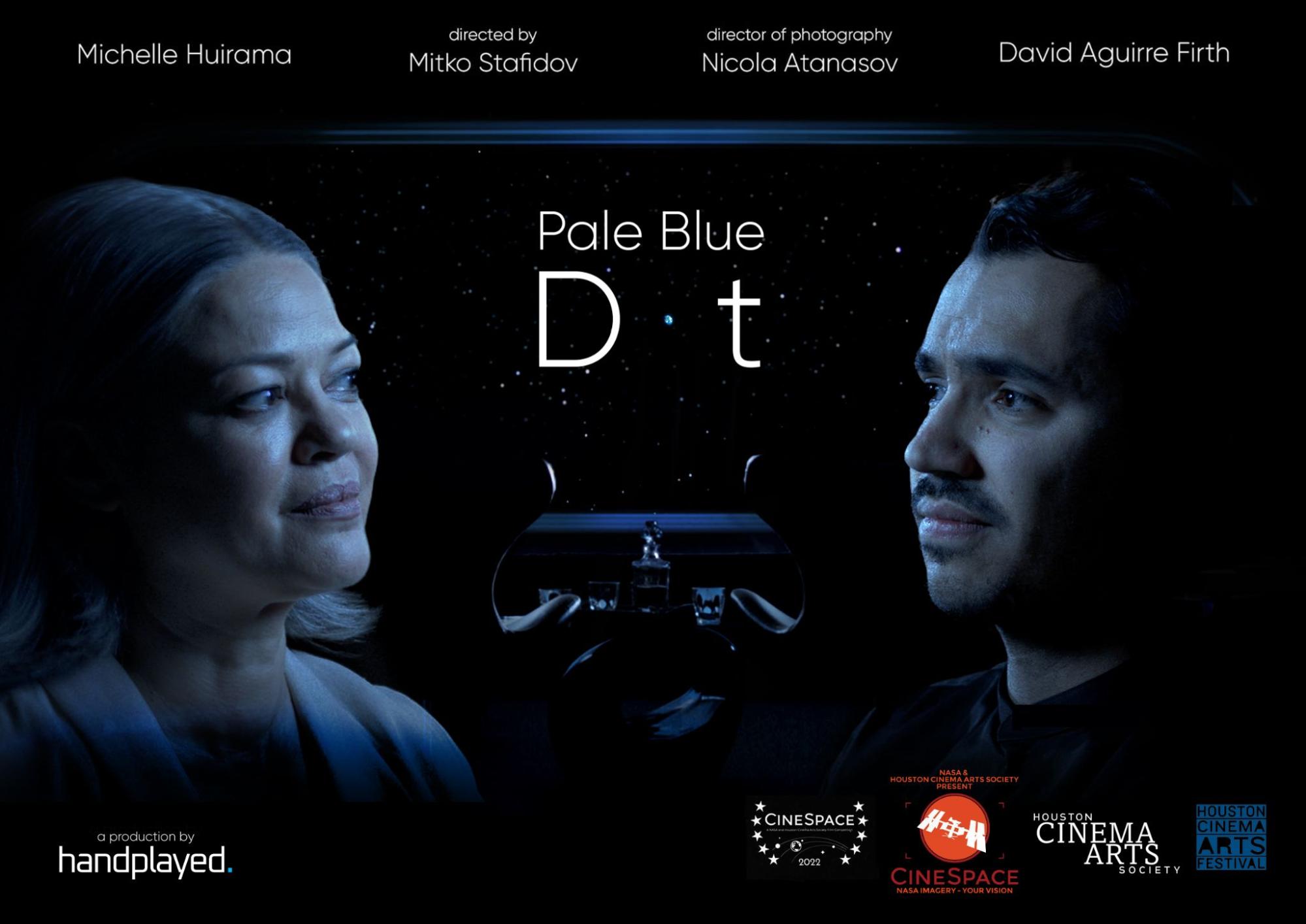 While making our new year's resolutions and turning our sight to the exciting 2023 ahead of us, we are also looking back at all the fun creative projects we got to work on in 2022. One of them holds a special place in our hearts, our “passion project-turned-into-a-star” short film that inspired us to do what we love most: experiment, think outside the box, multitask, and challenge ourselves.

"Pale Blue Dot" is a short film we produced that qualified among the 10 finalists at the CineSpace 2022 contest. The competition is organized by the Houston Cinema Arts Society and NASA and requires filmmakers to use NASA footage in their films. It is judged by the 3 times Oscar-nominated director Richard Linklater.

"Pale Blue Dot" tells the story of a woman from Earth and a man born in space, who observe our planet from the window of their spaceship. They patiently await the results of a vote, which will determine whether they will go back down or leave forever. They engage in a heartfelt debate over what the possible outcomes mean for humanity and to them as individuals.

The film has a minimalistic plot and uses dialogue to develop its narrative, leaving the beautiful footage of Earth from space to be the visual center of attention. It relies heavily on the beautiful performances of actors Michelle Huirama and David Aguirre Firth to evoke a sense of longing and nostalgia and serve as a love letter to planet Earth.

“Pale Blue Dot” was produced by an almost entirely in-house creative team and crew. It was written, directed, and edited by our own Mitko Stafidov, shot by Nicola Atanasov, used motion graphics by Alex Mitov, had Angel Ivanov and Leda Dragieva serving as producers and Vlady Gerasimov - as creative advisor and assistant director. We used all our internal resources efficiently to be able to produce the film within the limited timeframe we had. Of course, we wouldn’t have made it without the help of our trusted team of freelancers which we’re extremely thankful for.

Two months after the submission, our space odyssey succeeded - we were invited in Houston to attend the CineSpace winners announcement as one of the 10 qualified finalists in the contest.

“The trip to the USA was an absolute blast and one of the best experiences of my life,” says Mitko Stafidov. “In Houston I met up with Michelle, the actress from the film, and together we visited the NASA Space Center, where we saw the real training facilities of the NASA astronauts.”

Mitko also attended a few screenings of the Houston Cinema Arts Festival, as well as a networking mixer event. “At the event I met one of the nicest and most awesome people I know, Alfred Cervantes, part of the Houston Film Commission, with whom I shared my love for Richard Linklaters' films,'' Mitko says.

“He was kind enough to arrange a personal one-on-one meeting with Mike Blizzard - Linklater's producer himself! We had a nice casual chat and I got to learn all about his experience with producing Apollo 10 1⁄2, as well as their most recent upcoming film. I would definitely say that was the true highlight of an unforgettable journey,” remembers Mitko excitedly.

“Pale Blue Dot” has been indeed an unforgettable journey for our whole team and we’re ready to continue with our space missions on Earth in 2023. 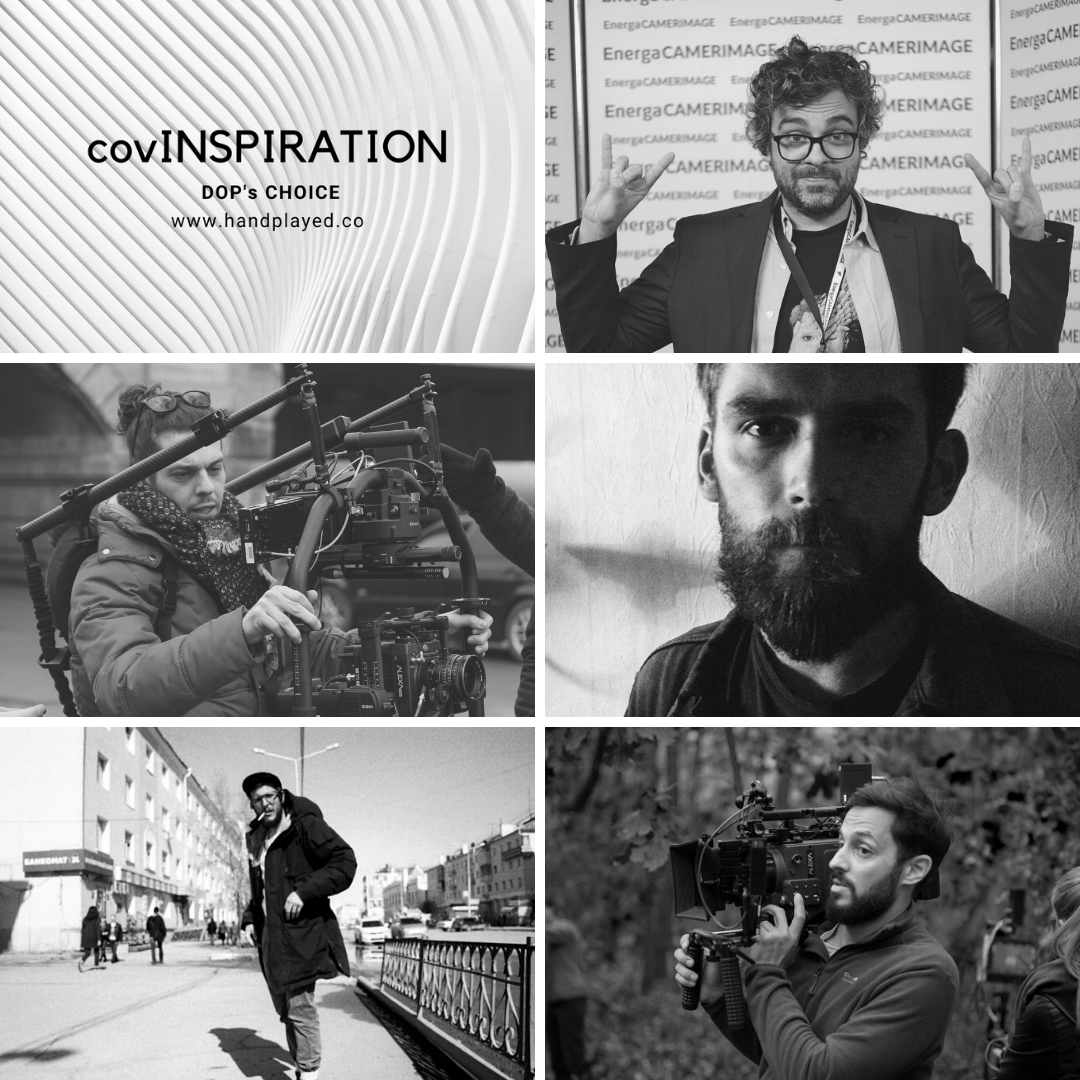