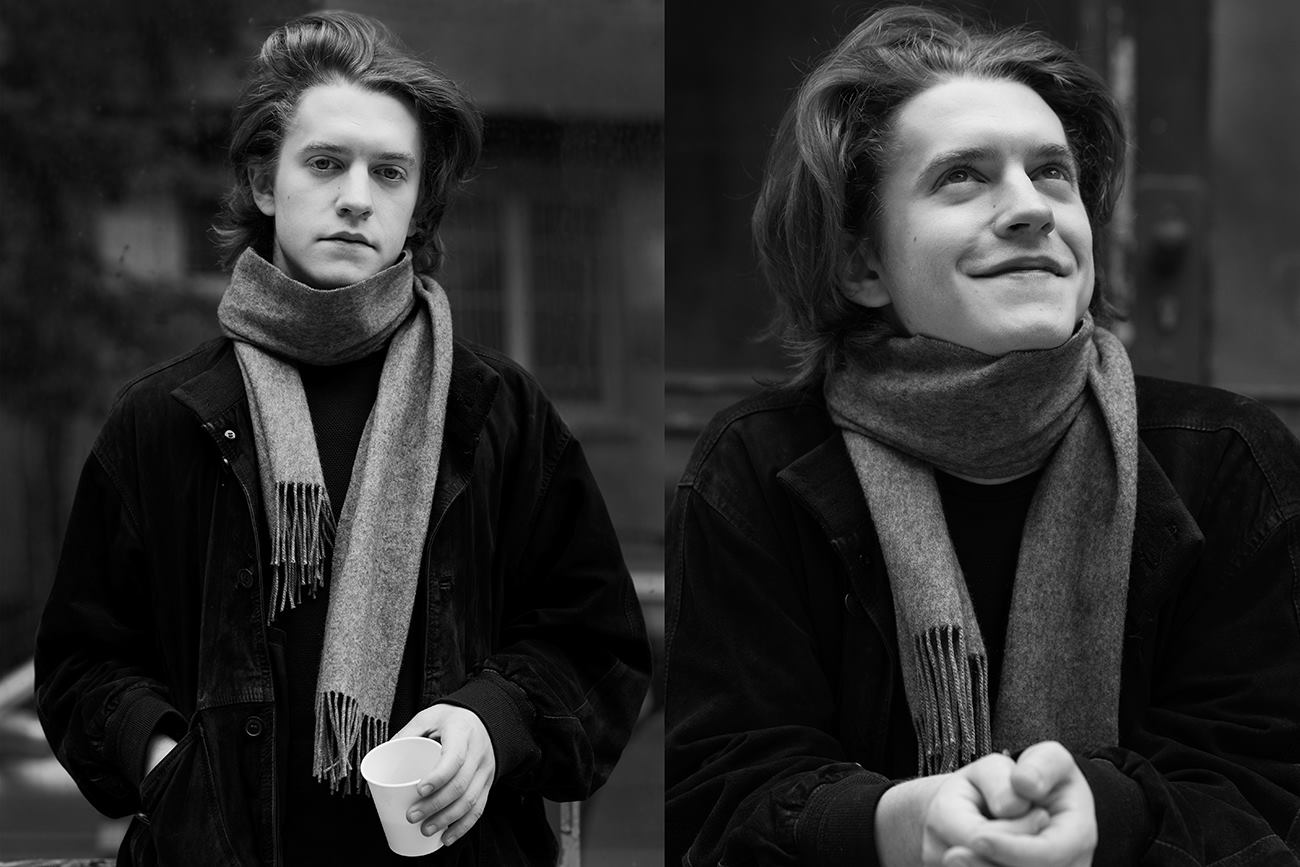 I have never had this kind of conversation with a stranger before – remote but close. That’s because I had a conversation with eyes, soul, mind and heart open to “listen” to my questions and to answer sincerely. Philippe and I, we still don’t know each other personally, but I think that when I see him, I would feel like I’m in a company of a friend or at least of another child of the reality intertwined with dreams.

Who are you? How old are you? Where are you from? What do you do for a living? Don’t feel obligated to answer my exact questions, just tell me about yourself and what should I know about you to begin this “conversation”?

I’m Philippe; I’m 22. I was born and raised in Sofia, though I spent quite a bit of my childhood at my grandma’s in Paris. That’s where I live now – she’s not around anymore. I actually decided not to come to Paris when I graduated from high school. I studied film at King’s College London for three years, then I realized it would be a good idea to move here – it’s a good opportunity to try out different things. I’m currently doing my Master’s degree in Film and Media Production at the National Audiovisual Institute. I’m not sure if I want to become a producer per se, but that aspect of filmmaking is essential to consider even as a director. When I tell people I actually want to direct, some of them ask me why I’m wasting my time with this. *Well*, it’s also a fantastic feeling to be capable of producing other people’s work when they have amazing ideas very different from our own. We’ll see how it turns out.

How do you describe yourself in five words, using only cinematographic concepts?

This is actually ridiculously hard. Please don’t cringe when I say ‘experimental’ – what I mean by that is simply that I haven’t found my particular style or approach yet, so I try to push in a different direction each time. You’ll notice that my projects are all extremely different. That’s what I love about my own work, but it’s also what scares me the most. I’m only starting out and, technically, everything I do is something I’ve never done before. It’s fascinating, risky and rewarding. There’s plenty of time for me to find my ‘thing’, to develop the things that work, but also to correct the things that don’t. Regardless, five elements I always bear in mind are: contemplation, concision, ambiguity, fantasy, and ‘incompleteness’, if you will.

If you weren’t a director and you didn’t have the chance to work in cinema, what would your profession be?

A pastry chef! When I was 13-14, I would’ve given everything to do that for a living. I must say, I used to be pretty great at it, too. Lemon meringue pies, dark chocolate tarts, raspberry and vanilla profiteroles… I’m not sure how I would perform now. I eat instead. Ugh, cinema is better anyway.

Describe your typical morning. And a typical day of Philippe.

A useless amount of coffee and quite a bit of wasted time. Sometimes, that actually extends to my day as a whole, which is scary. I should stop. I’m trying. Other than that, films and music, always. Saturated fats, too.

What is your forte?

I am diligent, attentive, and appreciative.

What do you consider the weakest part of your character?

I am very impatient and I have trouble letting go of my strong opinions.

It always has to be “among others…”, but anyway:

If your life was a movie, which one would you choose?

If your life was a book, or you could have been a book character, which one would you be?

Emil of Lönneberga. Actually, this was the first book I read on my own and, to this day, I regret not having been such a wonderfully mischievous kid as Emil.

Was there a particular event or time that you recognized that filmmaking was not just a hobby, but that it would be your life?

I don’t know if it was a particular event, but I guess my first ‘professional’ realization came at some point in late 2015, a few months after I completed my first short film. I was in London when I stumbled upon a 16mm film clearance. (Teodor) Fichev – my good friend and cinematographer – and I had dreamt of shooting on film, so I bought a 400ft roll (which roughly amounts to 10 minutes of footage), and wrote a loose script, a sort of collage of self-sufficient, static long takes. The basic premise was: “As a young couple moves in together, a downward spiral of jealousy and bitter memories gives way to a poisonous and destructive relationship”. I know. Anyway… we had to shoot without sound, as we used a ridiculously loud 1965 Arri 16BL (courtesy of cinematographer Kaloyan Bozhilov). I thought “yeah, whatever, I’ll write the actual story and the dialogue/voiceover when we’re done. We’ll build the whole soundtrack from scratch etc.” That never happened. I don’t think it ever will. At this point, more people would be disappointed if they saw it than those who were disappointed when I left it behind. It was a mistake, but also a very important lesson: I started thinking of filmmaking as responsible work – a responsible body of work, actually – a kind of legacy. If you start thinking about this, then it isn’t a hobby anymore. Maybe it’s too early for me to say that kind of thing, but it’s true. It answers your question, at the very least.

What/who were some of your major influences when you first started out?

When I was still in high school, my French literature teacher – who had also been a film studies lecturer in France – knew I was interested in filmmaking. He gave me a few DVDs: La règle du jeu (Jean Renoir, 1939), Ugetsu Monogatari (Kenji Mizoguchi, 1953), Tystnaden(Ingmar Bergman, 1963), and Au hasard Balthazar (Robert Bresson, 1966). These were the essentials. What a collection. I never gave the DVDs back. In London, Yasujirō Ozu and Chantal Akerman came into the equation. So did Fassbinder’s Die bitteren Tränen der Petra von Kant (1972). Then I made my first short. I think that’s enough for when I first started out. I will love these films forever.

I can’t ignore your last project which I came across and watched over and over again – “phase 001”. How did you get into this team? This is a very personal and anticipated project for Tsveta Doycheva, as far as I know. When did you get involved and how can you describe the process?

I met the incredible human being that is Tsveta at last year’s Primavera Sound festival in Barcelona – one of the best weekends of my life. We started spending a lot of time together. We have such similar tastes and goals that it all happened very naturally. She knew the girls she wanted for the project, and she asked me to direct, which I’m obviously very grateful for. The people I work with are all incredible, and a fantastic team shaped up quite quickly. We started with a very loose concept and worked our way to what you’ve seen.

For me, as a director, it was all really exciting because for the first time, I managed to relax completely and just “go with the flow”. Many things went wrong in the process, which is usually hard to handle, but when you manage to do so, really interesting and rewarding things can happen. Tsveta went through heaven and hell for this project (well, mostly heaven, hopefully), and I think it was all worth it.

You say that cinema for you is a reflection, both physical and mental. It is thought, meaning, motion and emotion, it’s a point of view but mostly it is a chance to be alone with your own thoughts, even in the company of hundreds of people. What kind of process is filmmaking for you – a lonesome one or a collaborative one?

I see you’ve done some research…This actually has to do with my participation in the 2017 Giornate degli Autori jury in Venice. It concerns film viewing. Obviously, the collective and private experiences of film viewing are very different, but I think they’re always intimate – in relation to your own mind and emotions, that is. Filmmaking, on the other hand…one has to be very foolish not to see filmmaking as a collaborative process. The quality of the filmmaking relies almost exclusively on the quality of the relationships within the cast and crew, who all have very different – and difficult – tasks to accomplish. Collaboration – respectful, attentive collaboration – is the way to go.

What’s harder – in your own opinion – getting started or being able to keep going?

Being able to keep going, definitely. Starting out as a filmmaker is always a very ambitious, sincere and diligent process. Regardless of the first results, it is always rewarding and stimulating. As expectations and experiences pile up, though, it gets harder and harder to find the right ideas and assuredly develop them in order to make something better than the last time (that’s what I imagine all filmmakers try to achieve).

How much do you think commerce affects your art? Or, if I should  rephrase – how much do you have to compromise as a filmmaker because of financial restrictions or business?

A lot, of course, but I’d rather move on to the second question. Luckily, I don’t think I’ve ever had to compromise a lot creatively because of financial restrictions. I do have an enormous issue with this, though: thus far, the people I have worked with have always been underpaid (if paid at all). Obviously, independent filmmaking – and especially music videos – in Bulgaria are a sort of non-economy, and the funds are never sufficient. I find it difficult to imagine how this would/could change in the foreseeable future, but “here’s hoping”…I try to work hard enough to get to a point where the productions I’m involved in are financially safer for my colleagues. Until then, I guess we’ll just have to try hard, over and over again.

People say that there are only six stories. It’s all been done before. And we have seen it all. How do you stay fresh in the face of an idea like that?

This statement isn’t an ‘idea’. It’s a sad, philistine concept, and it makes me angry. There are as many stories to tell as there are in real life – and many, many more which go beyond it. Enough said. What a frustrating, anticlimactic finale. 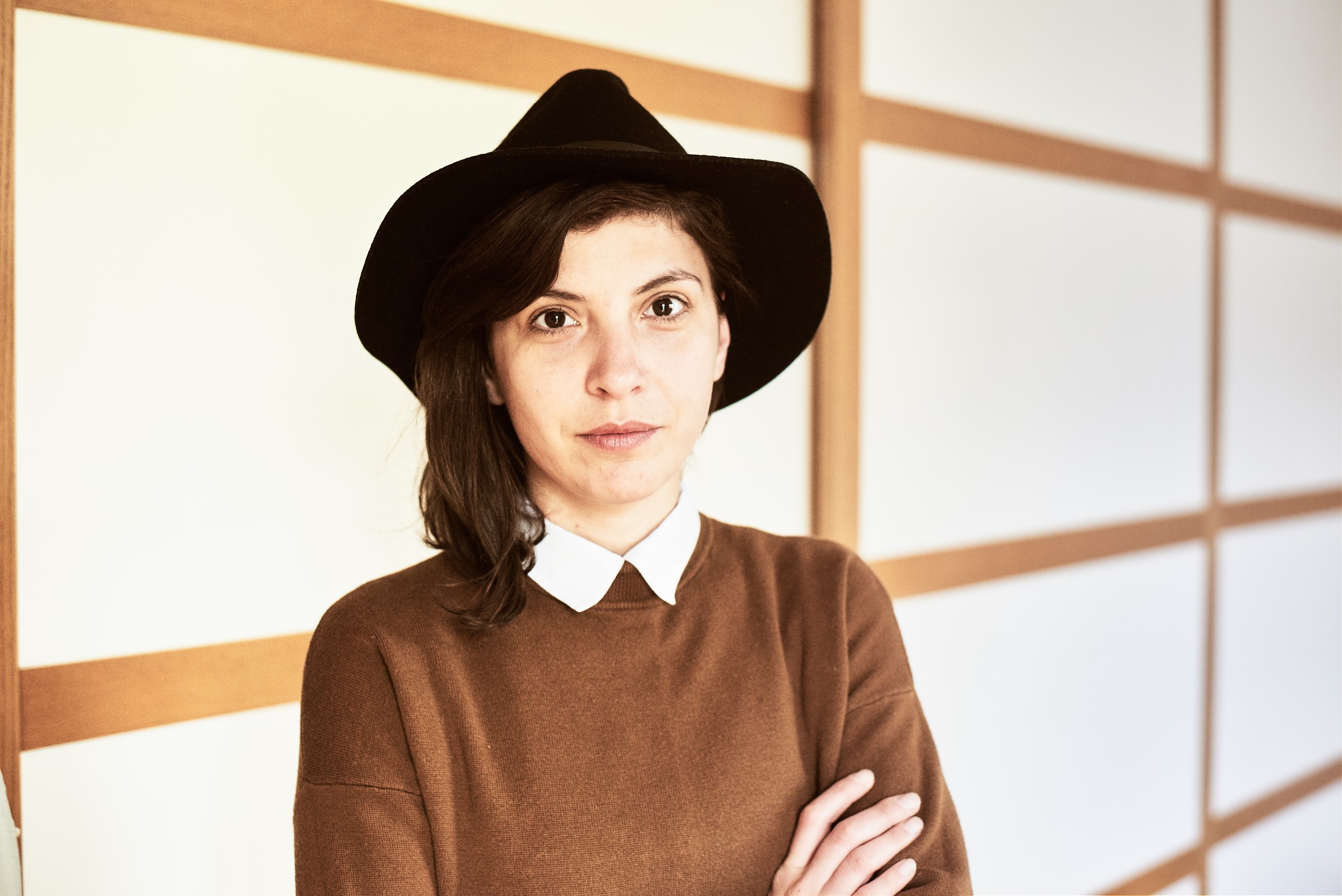